Atlee's A For Apple Productions to announce their next venture tomorrow

Taking to Twitter, Atlee's home production banner A for Apple Productions announced that they will be unveiling their next venture tomorrow at 5 pm. 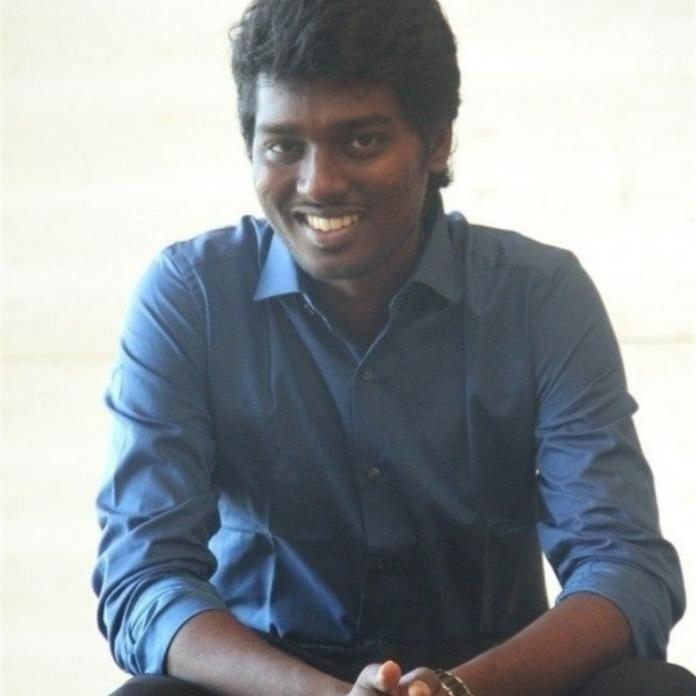 In what comes as an exciting piece of news to the fans of director Atlee Kumar, the director’s home banner AforApple Productions took to Twitter and announced that they will announce the director’s next venture tomorrow at 5 pm. The first look will also be revealed tomorrow at the same time. “Presenting an interesting feature from our production @aforapple_offcl, stay tuned for the first look tomorrow at 5pm”, they wrote on Twitter.

While they have announced that they will make an announcement tomorrow, it is still not clear if the project will be directed by Atlee or if they are going to bankroll some other director’s venture. It was reported recently that the director will be collaborating with Bollywood star Shah Rukh Khan for the first time. It was also reported that Sun Pictures are not producing the movie. His last directorial venture was Bigil, which had Thalapathy Vijay as the lead actor. The sports drama had Nayanthara playing as the female lead. Vijay was seen playing dual role in the film. Jackie Shroff played the main antagonist, while Vivekh and Yogi Babu played supporting roles. 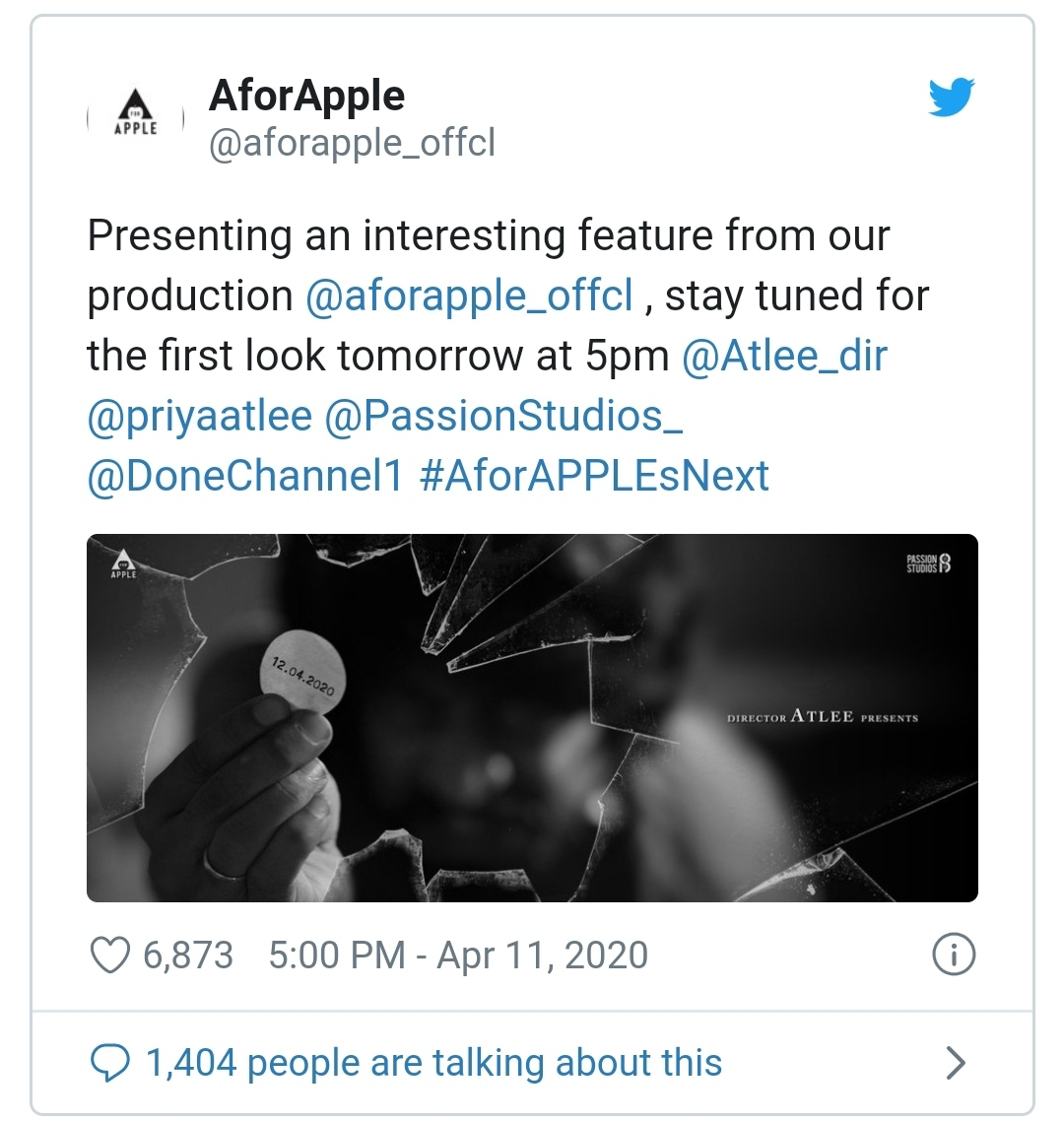 Meanwhile, Atlee made the headlines recently after donating for COVID 19 situation. Director Atlee has donated Rs 10 lakh to help people combat the lockdown imposed by the central government. He has donated Rs 5 lakh to FEFSI and Rs 5 lakh to Directors’ Association. This is to help the daily wage workers of the entertainment industry meet their daily needs, as shootings of all movies are either cancelled or postponed.
at April 13, 2020