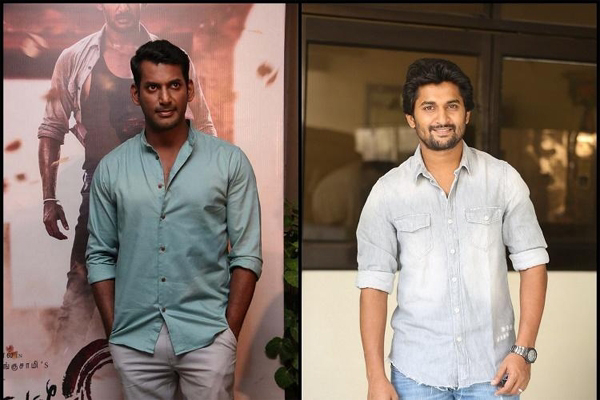 Rumors spread that sometime back makers planned to come up with a powerful multi starrer featuring Natural Star Nani and Kollywood action hero Vishal who has a mass following in Tollywood. Sources revealed that Mahi V Raghav of Yatra fame planned this entertainer.

Reports came that Nani gave a green signal to  team with Vishal in the multi starrer as it will help him gain some footing in Kollywood. It was also heard that popular banner PVP would be producing this multi starrer.

But now shocking news is coming out that Nani-Vishal's multi starrer got canceled. According to inside talk, Nani did not like the storyline and so he refused to star in the multi starrer.

Nani earlier teamed up with King Nagarjuna for a multi starrer Devadas but it did not do as well as it was expected at the box office. People feel this forced Nani to have second thoughts. Nani, however, says he is game for multi starrers if he gets a good story.