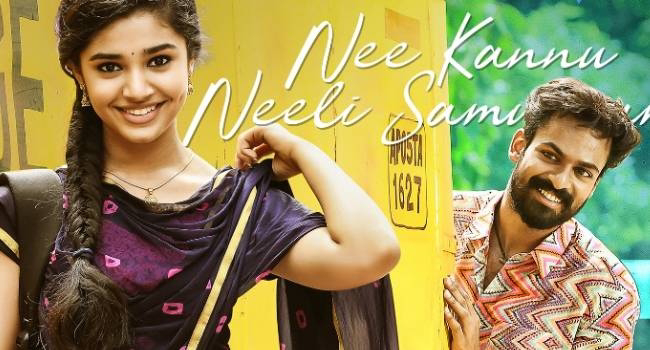 Devi Sri Prasad composed ‘Nee Kannu Neeli Samudram’ is continuing to rule the charts on YouTube. The melody from ‘Uppena’ that introduces newcomers Vaisshnav Tej and Krithi Shetty as the lead pair has now garnered 40 million-plus views on Aditya Music’s channel. A huge feat for a movie that has newcomers in the lead.

‘Uppena’ is directed by Buchi Babu Sana who worked as a writer for Sukumar’s ‘Rangasthalam’. Produced by Mythri Movie Makers, the romantic drama was to release on 2nd April. But the new release date will be announced when the lockdown is lifted.

At a time when Devi Sri Prasad is facing criticism that he’s rehashing his old tunes, the senior music composer has delivered a smashing hit number.