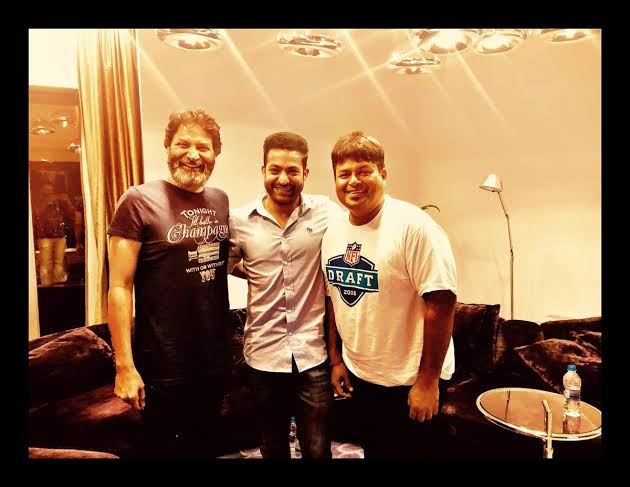 The title RRR sounds too catchy and has become a huge advantageous factor to the film's team. The reason is clear. A single alphabet 'R' repeats three times which is quite easy to pronounce. Moreover, RRR's full form can be expanded with the initials of film's lead team such as 'Rajamouli, Ram Charan, Ramarao'.

Apparently, Young Tiger NTR is highly inspired with 'RRR's full form sentiment. As such, he ensures, 'TTT' sentiment to his next. And it can be expanded as 'Trivikram, Tarak, Thaman'. In fact, Thaman hasn't yet been confirmed by the film's team officially. But then, based on 'TTT' sentiment and to complete a hat-trick with Trivikram with Aravinda Sametha, Ala Vaikunthapurramuloo and Ayinanu Poyi Raavale Hasthinaku, Thaman will surely be selected to compose film's music.

Thaman and Trivikram's film will be made political comedy entertainer under New Delhi backdrop. The film will be produced jointly by Harika and Hassine Creations and NTR Arts. The film will go on sets this year end and is slated for release in the second half of 2021.

Interim, NTR will wrap up his part as a freedom fighter Komaram Bheem in RRR.