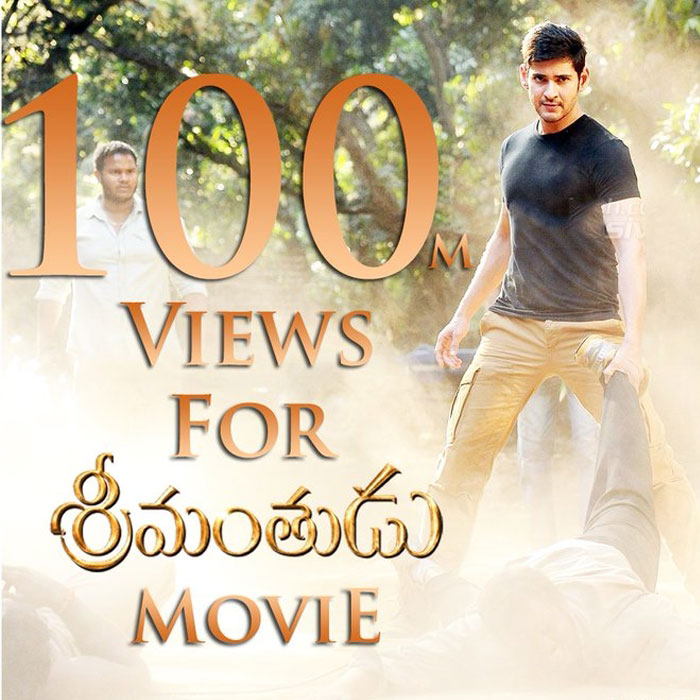 Prince Mahesh Babu's Srimanthudu, directed by Koratala Siva, stood as an industry hit with Rs.83 crores world wide share then. The film has now achieved a rare feat of sorts. The film has breached 100 million views mark on Youtube. This is an all time record.

Furthermore, no Telugu film of Tollywood has achieved such a rare feat on Youtube. Second place is held by DJ Duvvada Jagannadham with 76 million views while Nenu Local was viewed by 75 millions.

Srimanthudu has a strong social message in it in addition to all commercial elements. Shruthi Haasan played Mahesh Babu's romantic interest in the film.