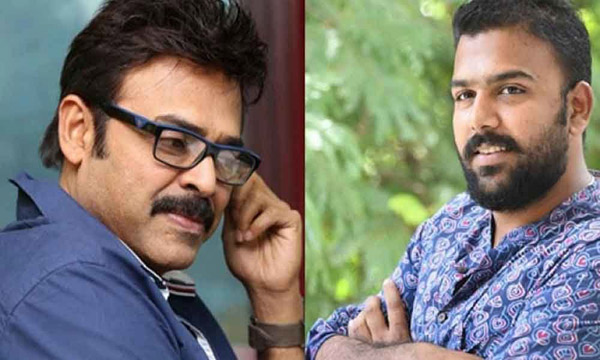 Venkatesh and Tharun Bhascker were supposed to collaborate for a sports film. The film was supposed to start long back but then Tharun got busy with acting assignments and Venkatesh took up the remake of Tamil Hit Asuran.


Venkatesh had opened on this and confirmed his movie with Tarun. But he suggested some changes to the script of Tarun. To this extent, Tarun has made all the required changes in the script and revealed that his movie will be a sports drama. He hasn’t revealed any other details.
Tharun clarified that the film isn’t shelved as being discussed. In fact, he has finished the entire script and he will be giving a full narration to Venky soon. Tharun further revealed that the film will be a unique sports drama and prolific producer D Suresh Babu will be producing the film.
at April 08, 2020