Balakrishna’s next with his favourite director put on hold? 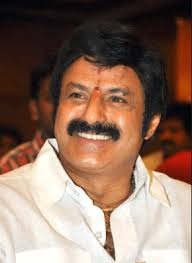 Hero Balakrishna is currently working on his hat-trick film with Boyapati Srinu. After wrapping up this film, Balayya was supposed to join forces with his favourite director B Gopal, who had given some of the iconic blockbusters in Balayya’s career such as Lorry Driver, Samarasimha Reddy and Narasimha Naidu.

However, if the latest buzz is anything to go by, the Balayya-B Gopal film has been put on hold temporarily as Balayya has decided to reunite with his Paisa Vasool director Puri Jagannadh for his next project. Puri has already completed the script work for this crazy project. An official announcement regarding this exciting film could be out soon after the lockdown ends.