Buzz:Charan As Hero In Mahesh’s Production? 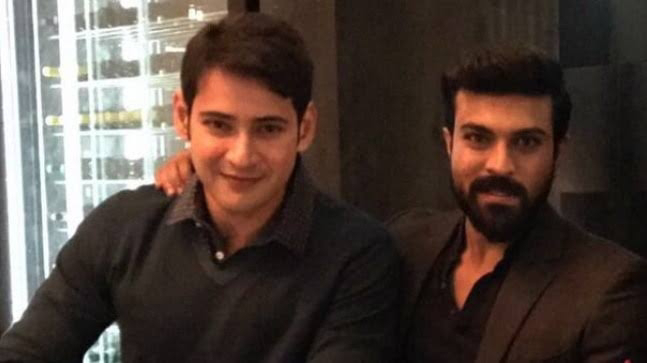 Back then, the rumours are all about Mahesh Babu doing a film for Ram Charan’s Konidela Productions. While both Megastar Chiru and director Koratala Siva have given clarity about that act, there is another rumour doing rounds now. This time, it says that Ram Charan will be acting in a film for G Mahesh Babu Entertainment.
Well, director Vamsi Paidipally, who is trying hard to impress Mahesh Babu with his gangster movie, has moved on, it looks like. While Mahesh didn’t like the second draft of the script as well and took Parasuram’s film, the director is said to have pitched a story to mega hero Charan, which bowled the latter instantly. And now, Mahesh is said to have given assurance that he will produce this film for Vamsi as he’s not acting in it.
For  the kind of friendship, Charan-Mahesh enjoys and Vamsi-Mahesh developed recently, surely a collaboration between them is possible. But then, we couldn’t say anything about this collaboration happening now as Charan got occupied with #RRR already and he has to complete his part for Acharya too. Only then, this film will surface.

Meanwhile, Charan is said to have given nod for a love story by Gowtham Tinnanuri of Jersey fame and another film that will have UV Creations as the producers. So we have to wait and watch which director’s film with Charan happens first and who will be producing it.