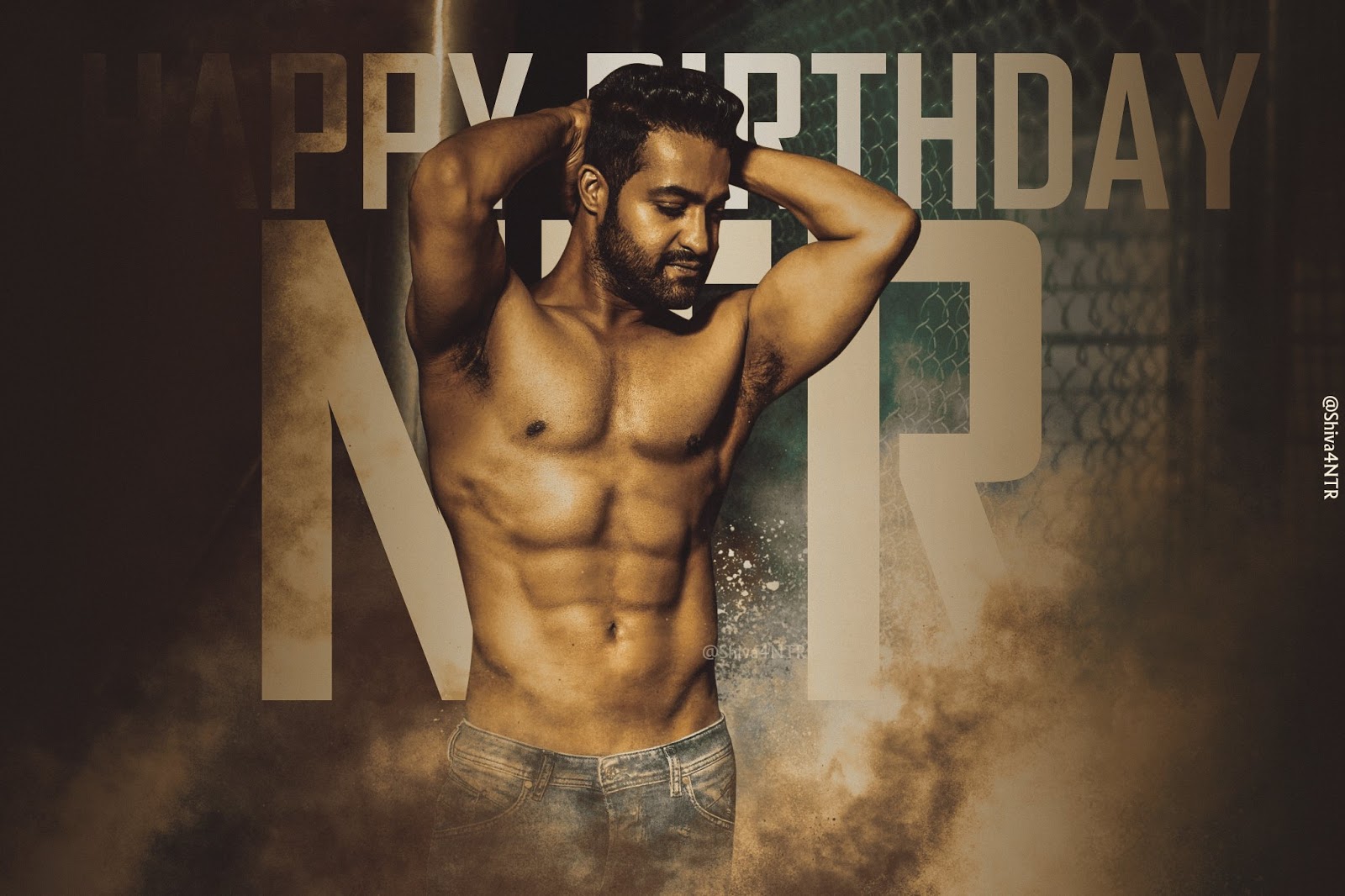 On the eve of Young Tiger NTR's birthday, the star's rocking six pack pose is making rounds on net. As promised NTR's trainer Lloyd Stephens ensured the complete transformation of NTR who is seen in uber cool look with a chiseled body.

Impressed by NTR's look, Ram Gopal Varma tweeted, "WOWWWW this is the bestest body I saw since ⁦ @MiaMalkova."