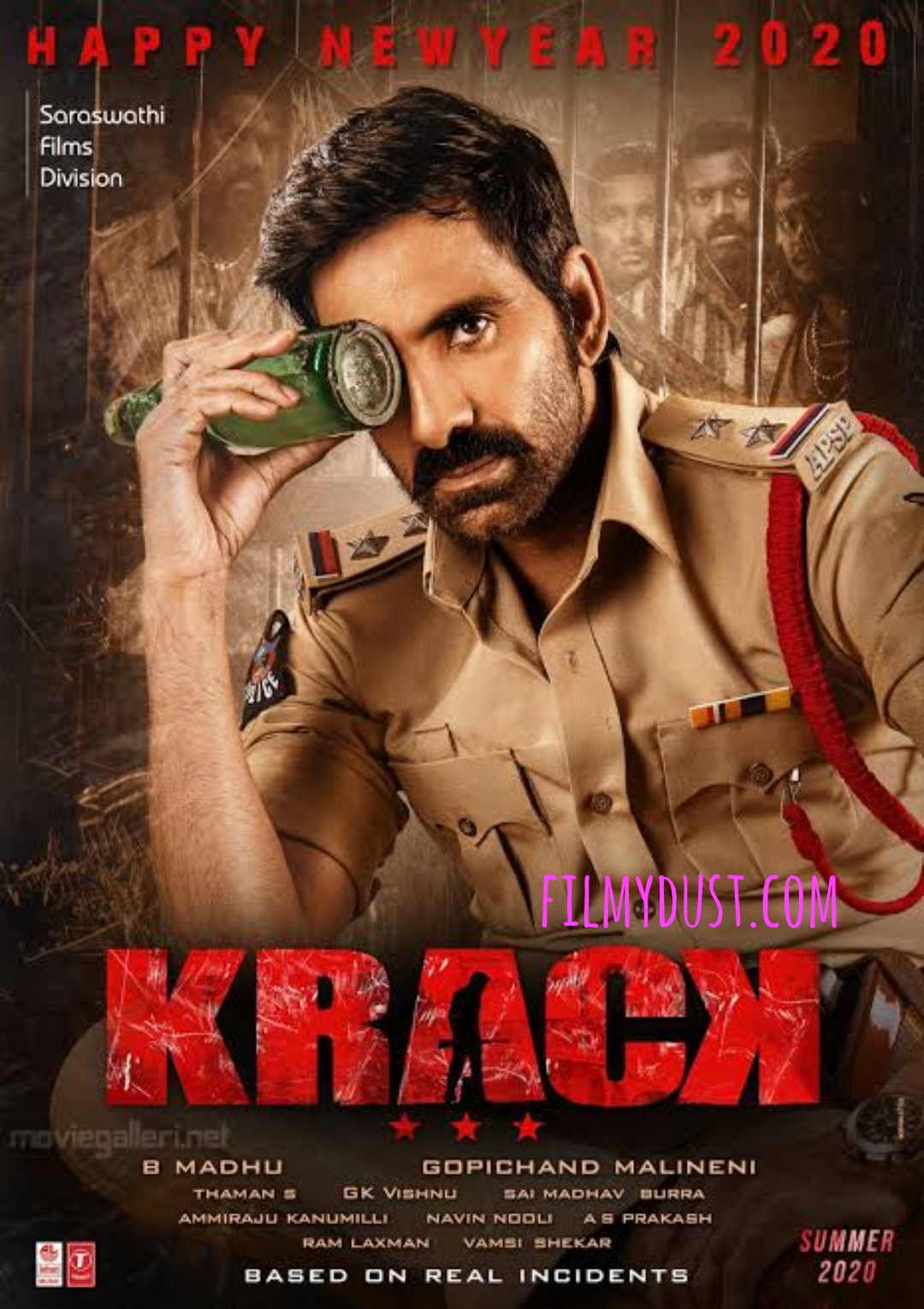 Hero Ravi Teja’s ongoing action ntertainer, Krack, is one of the Tollywood biggies that has been stalled ever since the lockdown was announced. The Mass Maharaj fans have pinned high hopes on this intense cop drama as it’s coming after four flops from the actor.

And here’s the latest update on Krack. The film’s producer Tagore Madhu told a popular English daily that Krack’s entire shoot has been wrapped up and that only 5, 6 days of patchwork is left to be shot. The entire production formalities will be completed as soon as the government allows the shootings to resume.

Krack has Shruti Haasan playing the female lead. This Gooichand Malineni directorial has its music composed by Thaman.