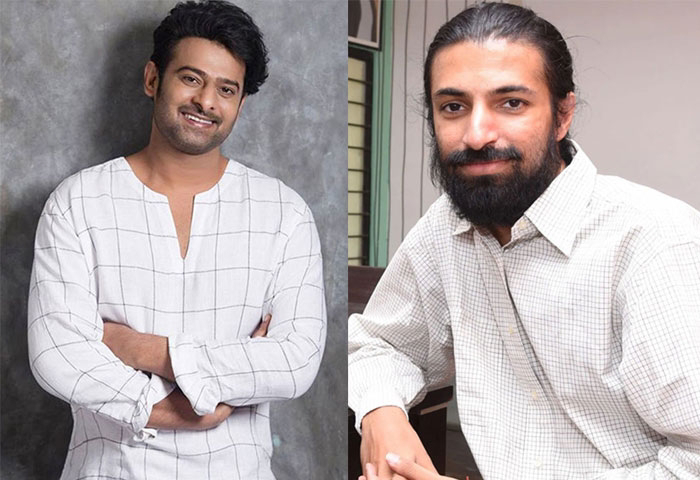 Young Rebel Star Prabhas confirmed Mahanati director Nag Ashwin for his 21st venture. According to a significant development from the director, the bound script has been readied by Nag Ashwin in the lockdown period.

Right now, the director is awaiting to narrate the story to Prabhas. So, post the lockdown is lifted, Young Rebel Star may listen to Nag Ashwin's script. Even then, the film can't go on sets that earlier. Since Prabhas's ongoing film Radheshyam (tentative) is on sets and should get more than half of the part is wrapped up, Nag Ashwin and Prabhas's combo film will roll down only in the first half of 2021. And the film is likely to hit screens in 2022.

Billed to be a socio fantasy entertainer, the film will be produced by Aswini Dutt under Vyjayanthi Movies. A Bollywood heroine will be roped in for this crazy project.