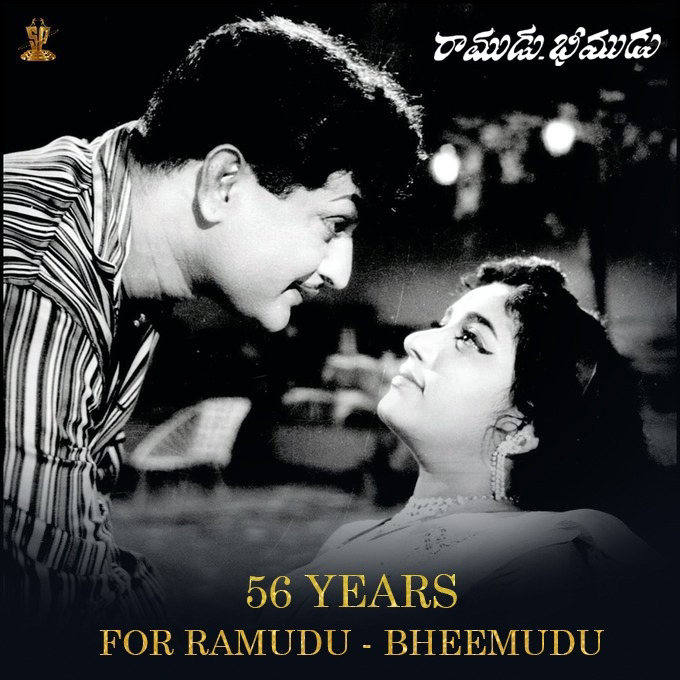 Nataratna NT Ramarao's 'Ramudu Bheemudu' was released on 21st of May, 1964 and completed 56 years on 21st  May, 2019. The movie stood as the biggest blockbuster then. NTR played dual roles for the first time in his career in this movie. This was the first movie of Padma Bhushan Dr. D.Rama Naidu as a producer on Suresh Productions. The movie had been made as a mass and family entertainer. NTR's 'Ramudu' character was seen as an innocent guy while 'Bheemudu' played an interesting  mass character. Jamuna and L.Vijayalakshmi romanced with NTR in this movie. SV Rangarao's character as Jamuna's dad was decent and dignified while Relangi and Ramana Reddy's superb comedy stood as one of the highlights of the movie. 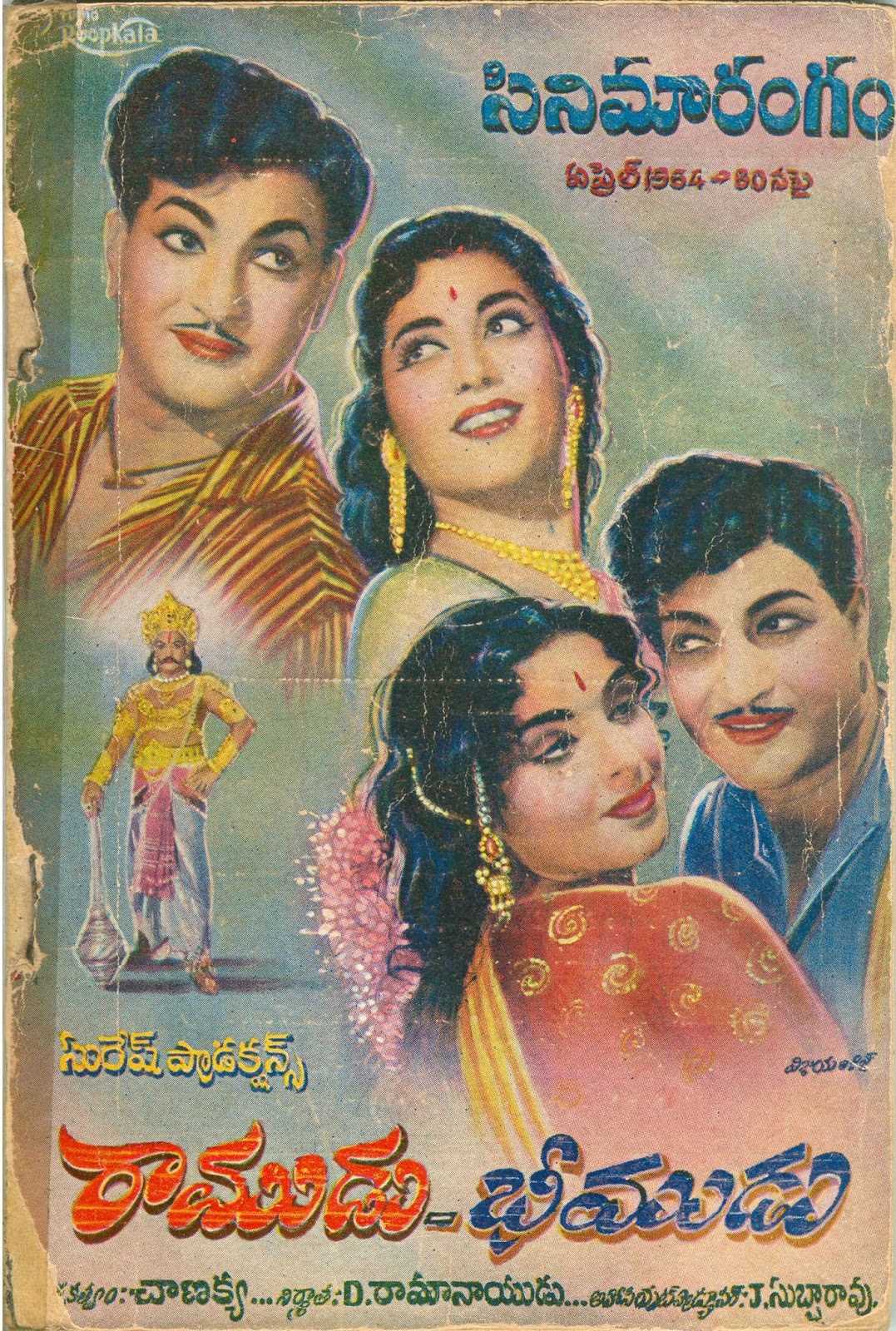