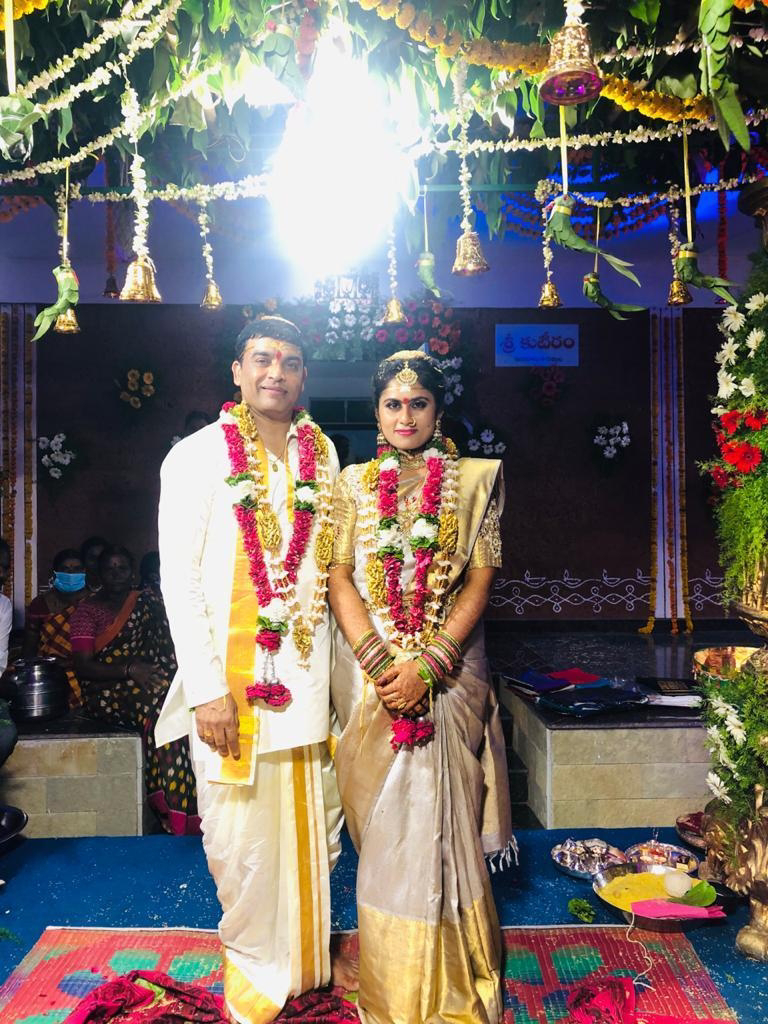 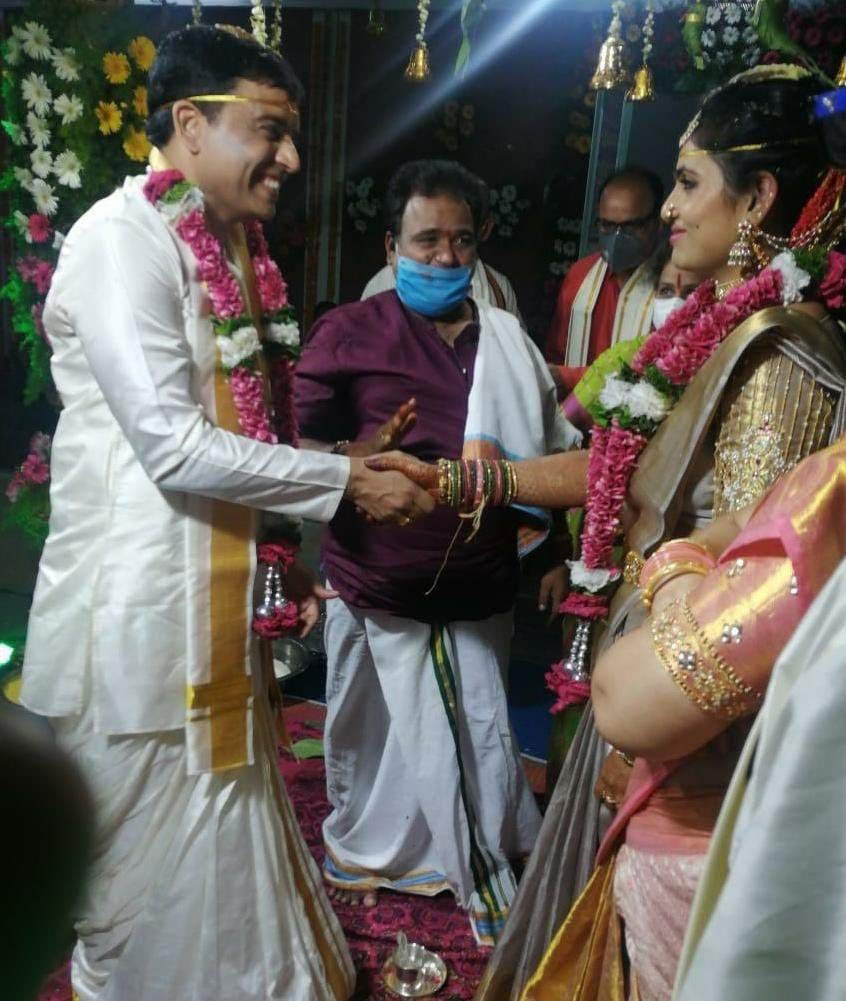 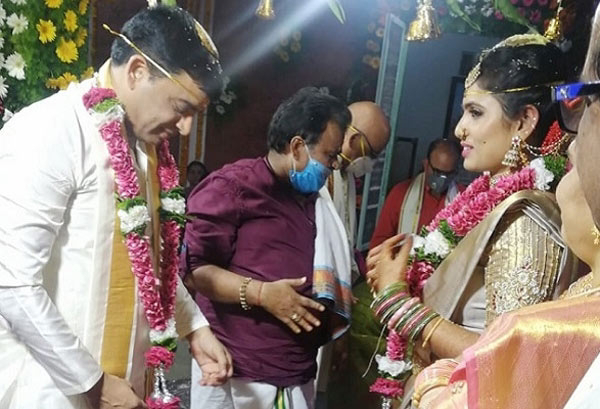 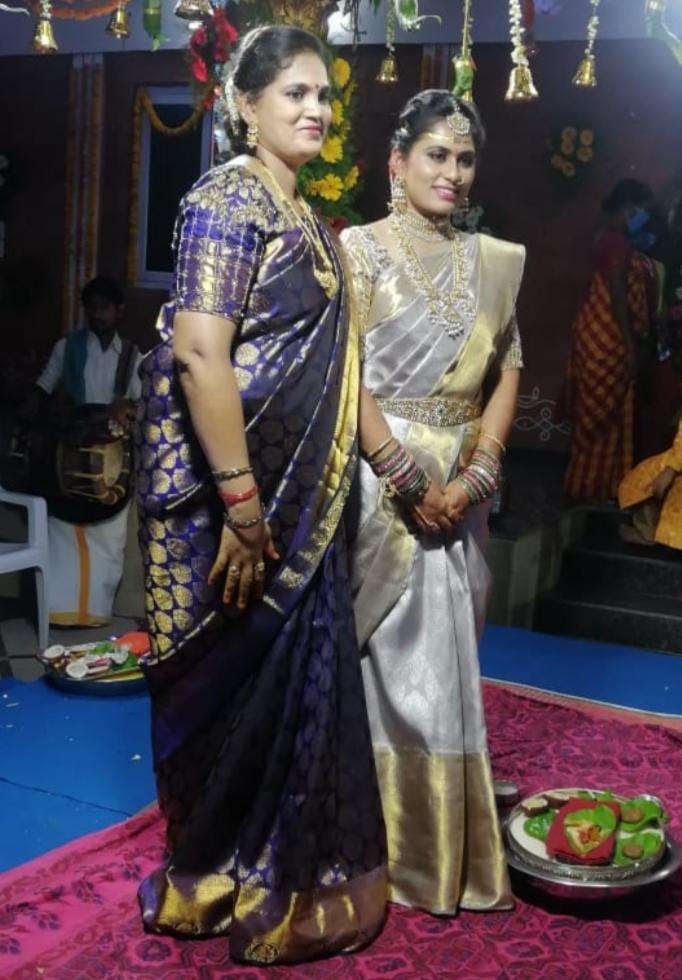 Ever since Dil Raju made it official that he is going to begin new life and going to enter wedlock again, all eyes were on the bride. There were a lot of curiosity on the girl’s name in movie, media and political circles. Finally, Raju’s team has made it official. They have divulged the personal details of the newly-wed.

In a statement, it’s confirmed that the bride’s original name is Tejaswini and it has been changed to Vygha Reddy after marrying Dil Raju in a nuptial knot. Earlier, she was an air-hostess at Shamshabad airport. It’s buzzed that the girl is in her early 30s.

The wedding was attended by the family members of Raju and Vygha Reddy. It was as per Covid restrictions.