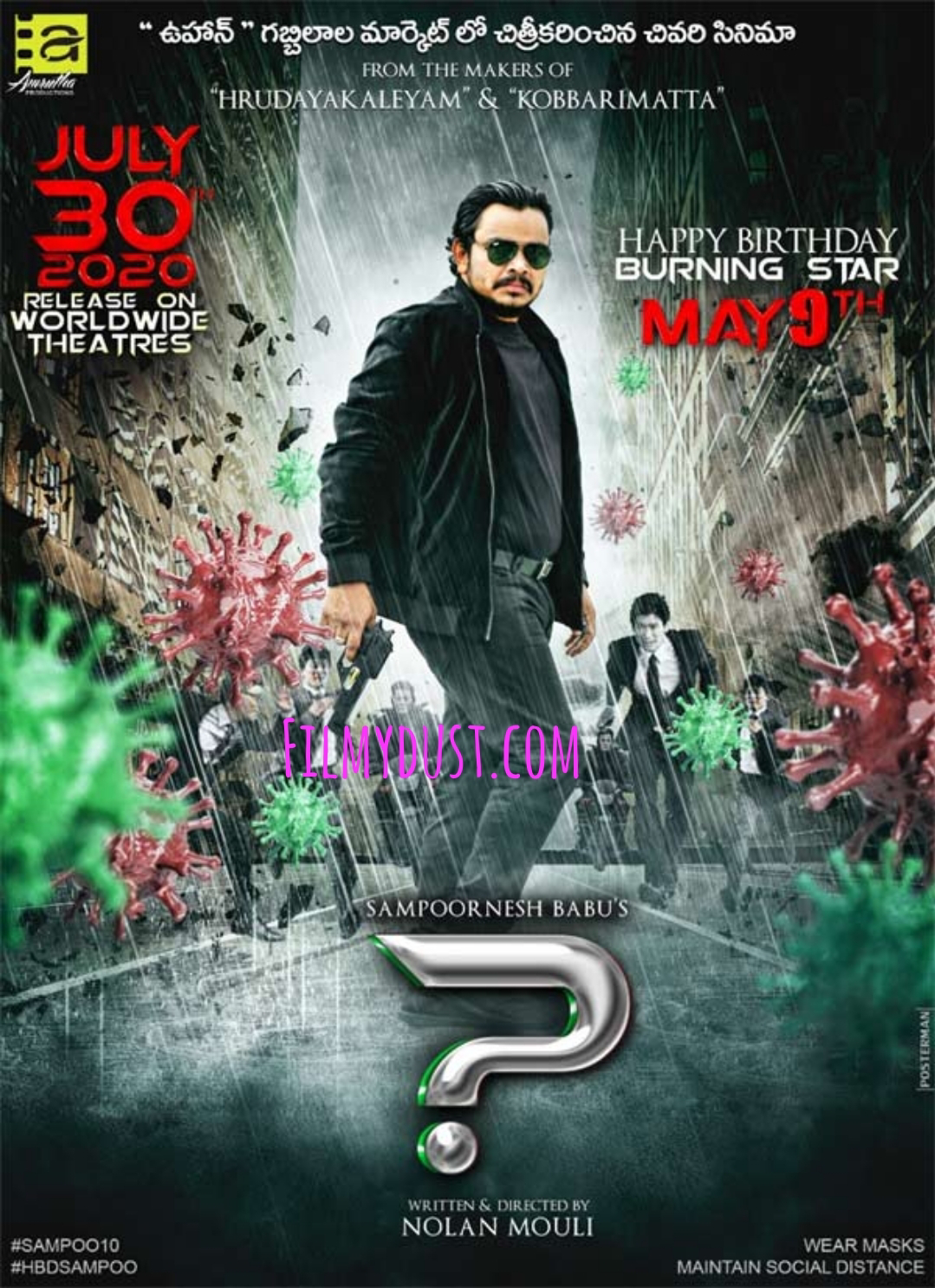 If you are wondering about the last film shot in bats market in China’s Wuhan city which was badly hit by novel coronavirus, here comes the clarity. Makers of Burning Star Sampoornesh Babu’s 10th film claim that, their’s is the last film shot in Wuhan city where COVID-19 was originated. The city was under lockdown for last few months and it was only re-opened recently.

Following Kannada star Upendra’s style, Sampoornesh Babu is also naming his films differently. Question mark is shown as title in the first look poster of the film coming from the makers of Hrudaya Kaleyam and Kobari Matta. The action-packed first look poster shows Sampoornesh Babu holding a gun is gearing up for a fight, while Chinese gangsters chasing him. We can also observe coronavirus images in the poster.

Writter and directed by Nolan Mouli (of course a fake name used for publicity), the film billed to be a medical horror thriller is announced to be released worldwide on July 30th.