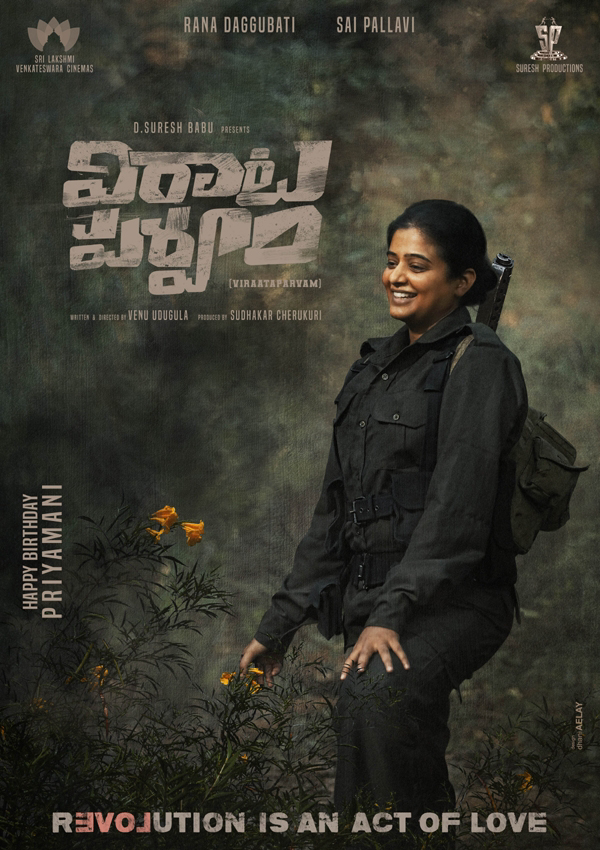 Dusky Beauty Priyamani who took some break after Mana Oori Ramayanam that was released in 2016 is making her comeback to Tollywood as a character artist in Rana Daggubati and Sai Pallavi starrer periodic romantic action entertainer Virataparvam directed by Venu Udugula.

On the occasion of Priyamani’s birthday, makers of Virataparvam revealed her first look poster. She plays Comrade Bharathakka in the film and her first look is amazing. Draped in comrade costume, Priyamani looks euphoric here. Her actions in the picture are contradictory to her character in the film.

Before lockdown was enforced, Virataparvam completed most of the shoot except for last schedule which will be canned once the permission is granted for film shoots. The first look posters of Rana, Sai Pallavi garnered good interest and Priyamani’s also creates curiosity.