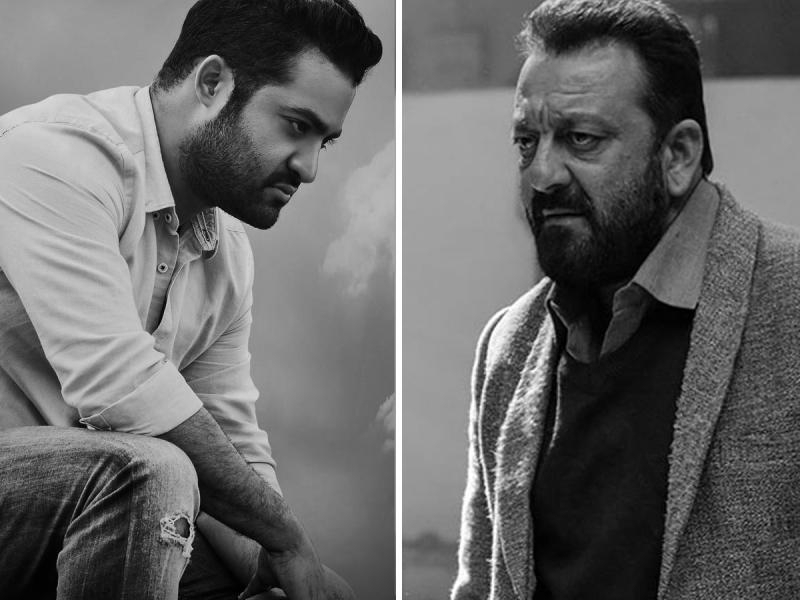 Rumours on film and cast often increase our expectations on the project. The latest rumour is that Bollywood versatile actor Sanjay Dutt has signed to play the antagonist or even a key role in Jr NTR and Trivikram Srinivas' upcoming film rumored to be titled as Ayinanu Poyi Ravale Hastinaku.
This project was announced a couple of months back and surprisingly, nothing more than the project has been announced. There have been rumours on Rashmika Mandanna playing the leading lady. And now, the latest rumours about Sanjay Dutt being part of the film.

There have been some reports on social media that the actor has already signed the dotted line. But neither the actor, nor the makers, have made it official yet or have confirmed the news.
It would be nice if someone like Sanjay Dutt is part of a film because he would bring more weight to the script, and demand to the film. So let us wait and see what the actual truth is.

As of now, Tarak has RRR also in his kitty, and we are afraid that this multi-starrer project might get delayed further more due to lockdown. Also, we learnt that the Young Tiger and co-star Ram Charan are prepping up from homes itself to give their best to the film.
at April 18, 2020