NTR Learning It For RRR 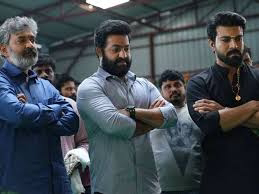 Young Tiger NTR is known for his powerful and breathtaking dialogue delivery. He galvanizes the movie lovers with his dialogue delivery, modulation and also brings in powerful expressions and emotions. This has been proven many times on silver screen.

Currently, NTR according to sources is busy mastering the Malayalam language during the lockdown period. This is making many wonder why is he mastering Malayalam only. It is known that NTR is starring in a multi starer with Ram Charan in RRR under the direction of Rajamouli.

NTR after RRR will be starring in Ayinanu Poyilaravale Hastinaku under the direction of Trivikram Srinivas.