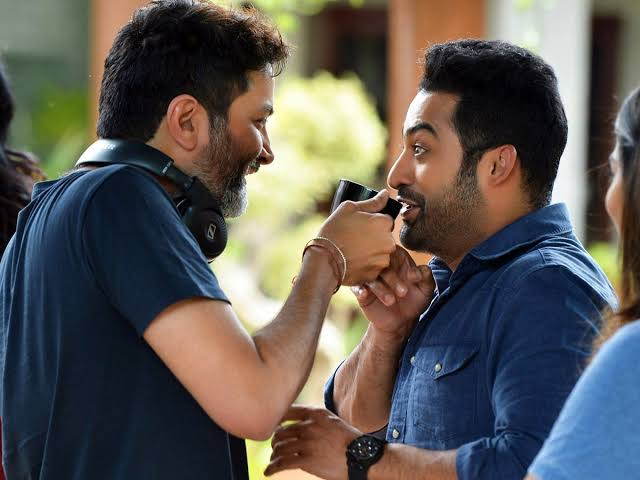 Young Tiger NTR was shown young and stylish corporate icon in Naannaku Prematho. Directed by Sukumar, the film stood as an above average grosser at the box office.

It seems wizard of words Trivikram has been inspired by NTR's role in Naannaku Prematho. He is known to have designed NTR's role as a young and stylish corporate icon in the combo's new film Ayinanu Poyi Raavale Hasthinaku.

The film is going to be a political entertainer. A Bollywood's heroine will romance NTR in this comedy entertainer. Harika Hassine Creations and NTR Arts will jointly bankroll the project.

In the meanwhile, NTR is reprising freedom fighter Komuram Bheem's role in Rajamouli's RRR. Mega Power Star Ram Charan is seen his co-star. The film is slated for release in the first half of 2021.