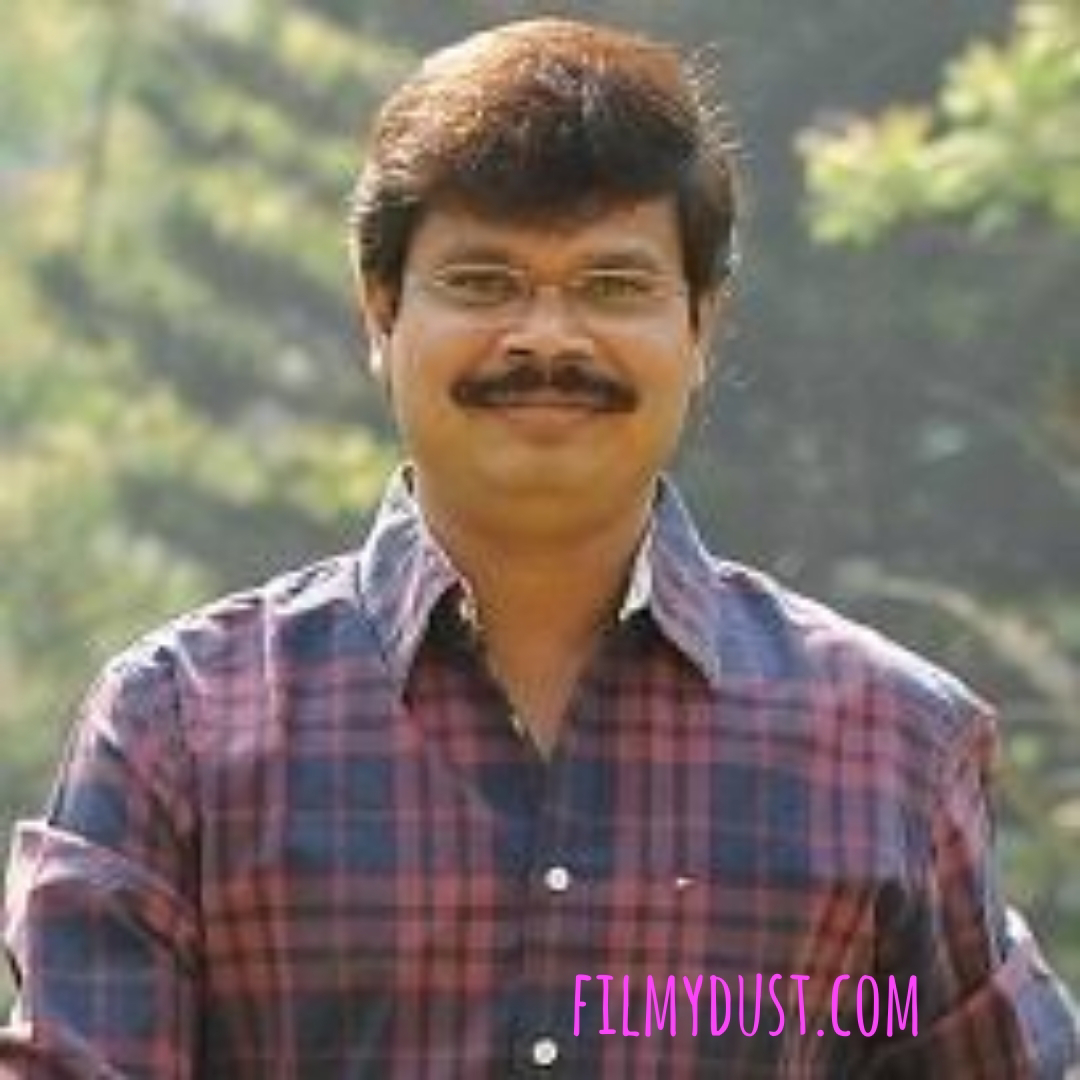 Today is a special day for director Boyapati Srinu as he completes 15 years in Tollywood. Srinu’s first film, Ravi Teja’s Bhadra, released on this day (May 12), in 2005. Produced by Dil Raju, Bhadra was an action family entertainer and it was a big success at the box-office.

Since his debut, Boyapati Srinu established himself as a go-to man for action dramas. Thulasi, Simha, Legend and Sarrainodu are the biggest hits in his career. He is currently working on his hat-trick film with Balakrishna. On this special day, Boyapati Srinu released a personal note and thanked all his heroes, heroines, producers, artistes and technicians he has worked with so far. 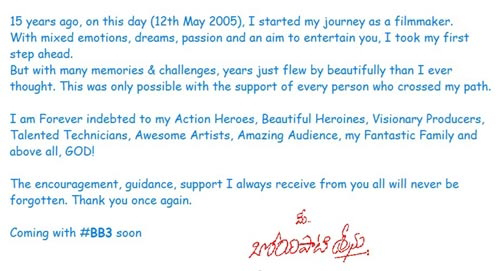