Chiranjeevi: JVAS One in All Time Top 25 Classics 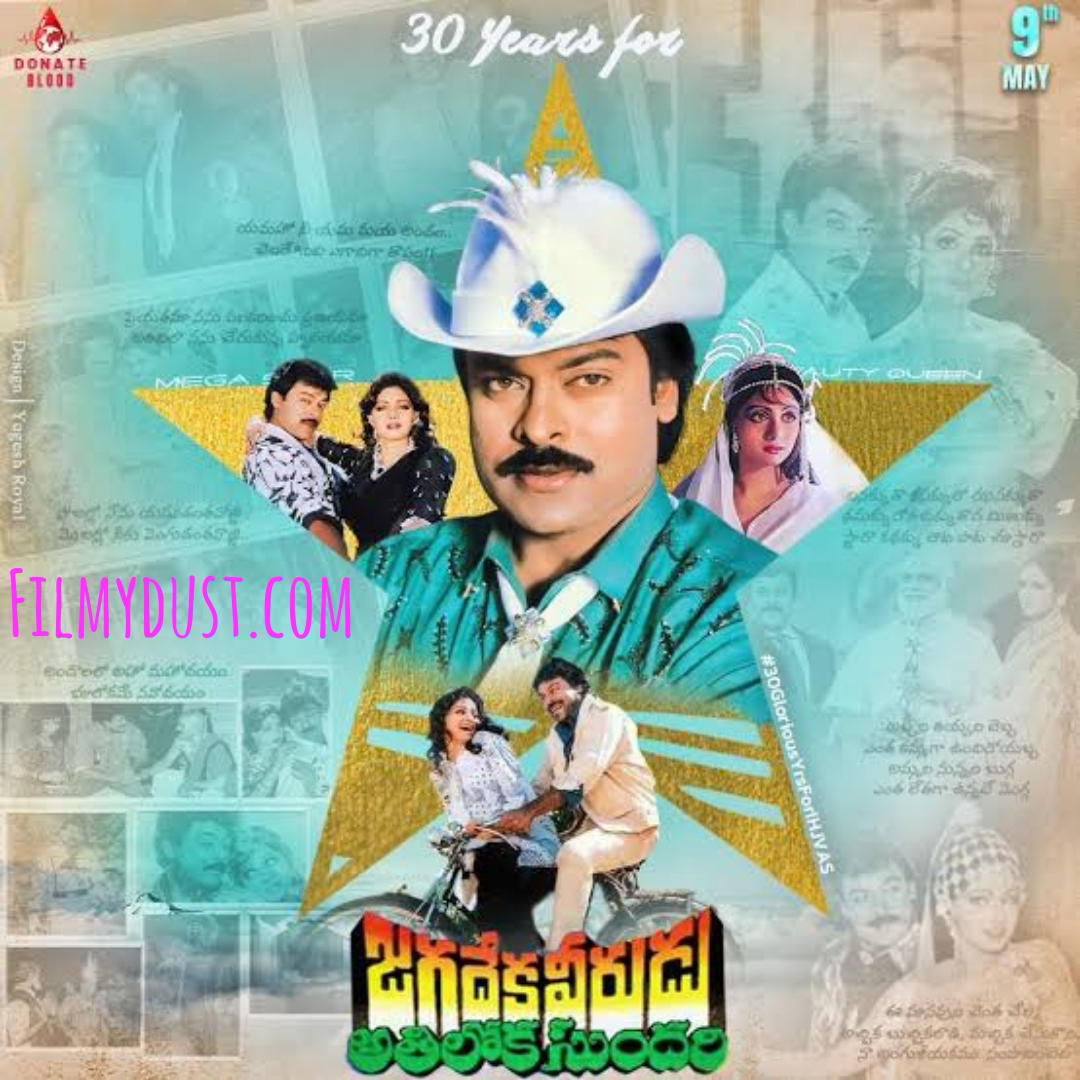 A classic film, on the other hand, needn't be an industry hit. Given the extraordinary prowess exhibited by the actors and technicians, a film falls under the category of a classic film.

However, there is a very rare group of films in which a film stands an industry hit as well as a classic. And then, Megastar Chiranjeevi's Jagadeka Veerudu Athiloka Sundari falls under this category of films.

Chiranjeevi posted a video snippet in his Twitter page explaining about the details and the greatness about JVAS. He said it's a timeless classic of Tollywood that stands one among all time top 25 classics of Tollywood. Now that the film completes three decades by tomorrow, the full version of the video maybe out tomorrow.